Thanksgiving Day Celebrations: Then and Now 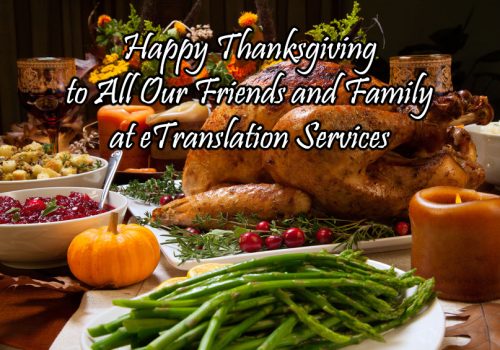 Thanksgiving Day is a yearly national holiday in Canada and the United States. The holiday gathers together family and friends to celebrate and give thanks for the countless blessings they received for the year.

In the United States, many people still believe in the legend, traditions and symbolism of Thanksgiving patterned after the harvest celebration of the English colonists or the Pilgrims in 1621. But for many people, the real meaning of Thanksgiving is already lost.

A typical Thanksgiving meal consists of turkey, bread stuffing, pumpkin pie, cranberries, and potatoes. The day of being an official holiday means massive traffic buildup as people travel back to their hometowns.

Issues with the date

Canadians celebrate Thanksgiving Day on the second Monday in October. In the United States, the holiday is on the fourth Thursday of November. For 2019, the holiday falls on November 28.

The date Americans celebrate Thanksgiving was not fixed on the last Thursday in November. The holiday has not always been to give thanks for a bountiful harvest, which was the original reason for the celebration. Native Americans have been celebrating a harvest day for centuries, long before the formal institution of the holiday.

The celebration of Thanksgiving

Initially, the observance of Thanksgiving involved the proclamation of the faith of the English pilgrims who managed to survive in an unfamiliar location, far away from their homeland. Their first few months in Plymouth, which was far from Virginia, where the rest of the immigrants from Britain landed, were challenging for them. They had to contend with harsh winter conditions as well. But when spring came, they were able to build houses and sow crops. With their excellent fall harvest and their peaceful relationship with neighboring American Indian tribes, they held a feast to thank God for all their blessings.

Urbanization changed the way people celebrate Thanksgiving, as family members lived apart from each other. Thanksgiving became a family get-together before Christmas. Instead of following the holiday’s religious roots, it became a day for football games, and parades sponsored by big department stores started with Gimbel’s in 1920. Macy’s in New York began mounting a Thanksgiving parade in 1924.

Valuable help from an interpreter

Starting a new life in a foreign country is not smooth sailing. The Pilgrims who ended up in Plymouth floundered for a few years. While they were able to build a shared house and crude huts, they did not know how to farm the land.

In the early part of the 1500s, Squanto, a Patuxent Native-American was kidnapped and brought as a slave to England and Spain. He later stayed in England as a free man who learned the English language. When he came back to the United States with the colonists, he became the interpreter and cultural broker between the English settlers and neighboring Native American tribes. Squanto was not only an interpreter; he also became the agricultural teacher of the colonists. He taught them how to raise corn by fertilizing the soil with dried remains of fish.

But before they were taught by their neighbors, the Pilgrims were almost helpless because the provisions they brought from England were running out. The local tribes, led by the Wampanoag tribe leader, Massasoit, supplied them with food for a few years in return for help in defending the tribe against their rival, the Narragansett tribe.

Squanto helped form better relationships between the settlers and the Native Americans, who taught them how to grow corn, catch eel, understand the weather conditions and local geography.

When the settlers had their first bountiful harvest, they held a Thanksgiving feast, with the Wampanoags as their special guests.

Need urgent help for your interpreting and translation needs?

Today, you can get help for your interpreting and translation needs from native-speaking linguists of eTranslation Services easily. Send a Thanksgiving Day message to your family and friends in different languages. Get in touch with us via email at [email protected] or call us at (800) 882-6058.

Like you, we at eTranslation Services, want to thank our families, colleagues and valued clients for the wonderful blessings we continue to receive. Happy Thanksgiving Day, everyone!